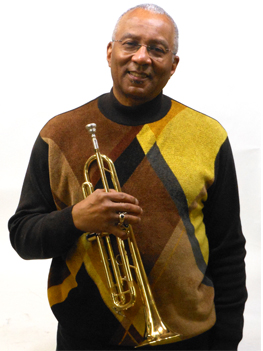 Ages taught: 9 and up

Other instruments played: Horn and Euphonium.

Formally, Dr. John R. Lamkin, II, was the Director of Bands and the Coordinator of Music Education in the Department of Fine Arts at the University of Maryland Eastern Shore. He was primarily responsible for the instrumental music program. He also supervised student teachers and was responsible for teaching several music education courses including: brass class, percussion class, string class, arranging, music appreciation, jazz history and materials and methods in instrumental music education.

As a professional trumpet player, Dr. Lamkin has performed with Eubie Blake, the Manhattans, the Dells, Stephanie Mills, Maurice Hines, K. C and the Sunshine Band, Bob Hope, Cyrus Chestnut, Stanley Turrentine, Sonny Stitt, Charlie Earland, Vaughn Freeman, Frank Foster, the Washington Jazz Battalion, the Peabody Jazz Ensemble, the Baltimore City Big Band, the Lynn Gray Orchestra, the Dale Corn Big Band, the Hank Levy Alumni Band, and the Blue Moon Big Band. Dr. Lamkin has also performed with his own groups in various nightclubs in the Baltimore and Washington area. In the 1980s his bands were on the house band list at Martins West where he played for many parties and weddings. Those groups included Natural Gas, Chain Reaction, and the “John Lamkin ‘Favorites’ Jazz Quintet.” He has also performed in several churches as a guest conductor and a trumpet soloist and with his Sacred Jazz Quintet. Dr. Lamkin also leads a brass quintet that regularly performs for the Sojorner Douglas graduating ceremonies. In the mid 1980s, Dr. Lamkin recorded his only album titled, “Hot,” in 1984.

I believe that music should be fun, and that music students should have fun while learning play.  This I feel is especially true in the private studio.  Music should be taught in a way that engages the students’ sense of wonder and amazement, in an atmosphere that is both cheerful and calm.  At the same time music students need to be made aware early on, that learning to play a musical instrument well take persistence and dedication, and years of diligent preparation.

As I teach, I feel that it is important to teach for understanding at every level. I use various method books that introduce the student to all the technical concepts they will need to become proficient.  I take the time to explain and demonstrate each new concept so that my students know what constitutes a specific rhythm or music construct, and how to execute it.  I assign regular lessons from the method book I use, which build on previous concepts that have been learned.  I think it is important to assign solos that would not be found in the method books, however, the solos that I assign are always at the same level to which the students have been exposed.  Employing this method, the students are able to transfer the concepts they have already learned, to the solo they have been assigned. This method reinforces the concepts they are learning.  As soon as my beginning students can play an octave on their instrument, I begin teaching them scales.  I think it is important for students to learn all of their major scales before they enter high school.  High school students need to learn all their major and minor scales before they graduate.  I also feel it is essential to teach the student to play by ear and to improvise.

Finally, I demand that my students practice regularly, because it is only through regular consistent practice that the music student will unlock the joy to be found in playing an instrument.  My mantra is, “Practice Leads to Perfection.” 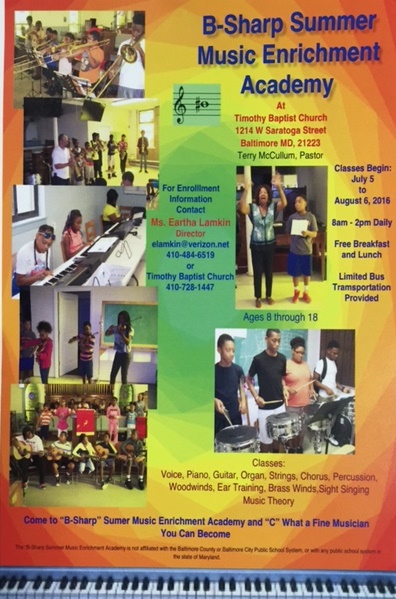 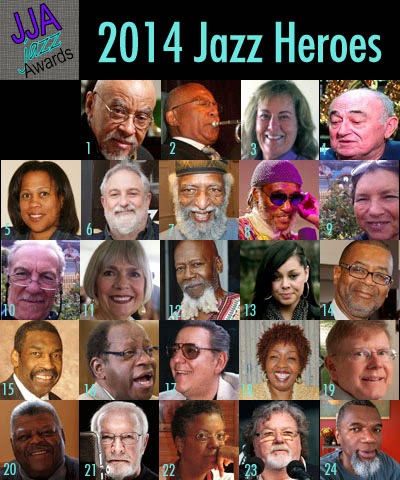 The Jazz Journalists Association is pleased to announce the 2014 Jazz Heroes: advocates, altruists, aiders and abettors of jazz who have had significant impact in their local communities. The 'Jazz Hero' awards, made annually on the basis of nominations from community members, are presented in conjunction with the JJA's annual Jazz Awards honoring significant achievements in jazz music and journalism and with the month-long celebration of JazzApril.