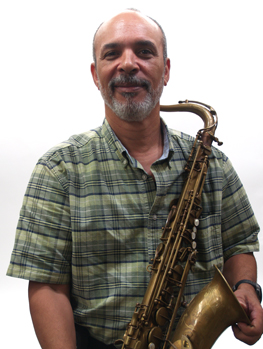 Ages taught: 8 and up

Teaching Experience: Teaching general music and instrumental music (Band and Orchestra) in the Baltimore City Schools since 1995 to present. Teaching at the B-Sharp Summer Music Enrichment Academy since 2010.

Teaching at Bill’s since: August 2016

Experience playing music: David “Stan” Freeman is a product of Baltimore City Public Schools. He began playing music in the third grade with the song flute and continued throughout elementary school playing the clarinet. He was introduced to the tenor saxophone and jazz at Garrison Middle School. And at Northwestern High School, was introduced to the Orchestra and Big Band Jazz. Attending college at Morgan State University as a music major, Mr. Freeman studied the clarinet, flute, saxophones, oboe and the bassoon, performed in the marching band, performed in the jazz band and concert band, sang in the Morgan Choir, and performed in musical theater. Forming a rhythm and blues band at MSU called “Black Myca”, he performed with and opened for many famous recording groups like The Ohio Players, Parliament, Graham Central Station, Roy Ayers, and Earth, Wind and Fire.

Personal teaching style/philosophy: "Everyone has music inside of them. Never stifle creativity."